RR-Lyrae-type pulsations from a 0.26-solar-mass star in a binary system 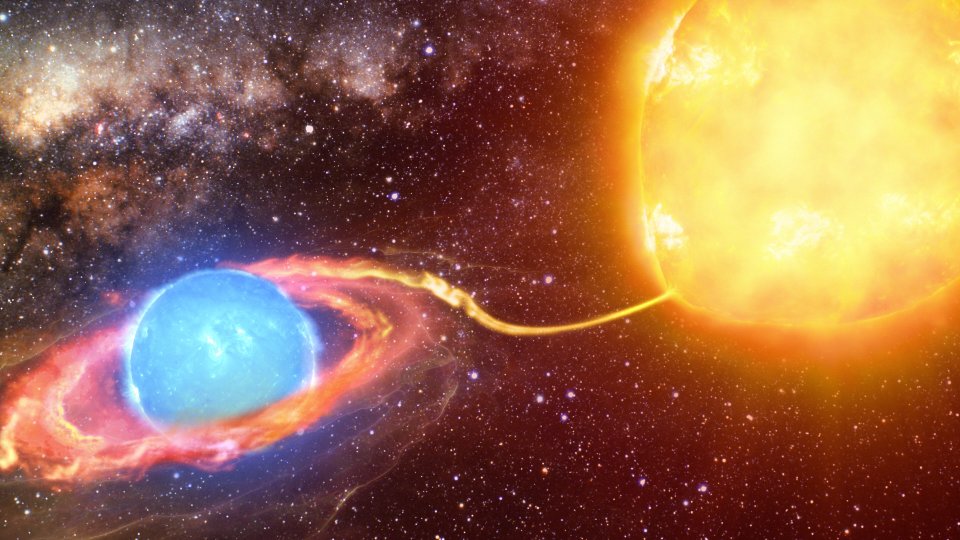 Artist version of the mass transfer in a binary system

Binary Evolution Pulsators (BEPs) refer to the systems which, after the episode of mass transfer, consist of a low-mass pulsating component and its companion. The first of its kind, OGLE-BLG-RRLYR-02792, is a binary with RR Lyrae-like pulsator of mass of 0.26 M☉, and evolved from close binary system with an initial orbital period of 2.9 days. BEP is a very short-lived phase where the physical properties of the pulsator happen to place it in the same instability strip of the Hertzsprung-Russell diagram as that occupied by classical pulsators. Estimations show that 0.2% of RR Lyrae stars may be contaminated by BEPs, which implies that distances measured with RR Lyrae stars should not be significantly affected by these binary interlopers.